I have a dream…well, I had a dream…but what does it mean? In the past two weeks, I’ve received precisely the same question from two different friends. Both believe that God has appeared to them and spoken to them in a dream, and both wanted to know if it was God or something else or if they were to attribute special significance to the event. Since then, my Facebook wall has exploded with similar questions and a few mildly heated discussions on the topic. As you’ve come to expect, with this topic and all others, here at CTC we will seek to be Biblical first in all things. As my alma mater frequently emblazoned on their entry marquee, “Think Biblically…about everything.” So, what does the Bible say on this topic? And while we’re at it, why do anything halfway? So, I looked up every single instance in the Bible of God appearing to people in dreams, and this is what I found.

Now, there are a few exceptions (Abimelech in Genesis 20, Laban in Genesis 31, Pharaoh in Genesis 40, the Midianite armies in Judges 7, Zecharias in Luke 1, Joseph in Matthew 2, and Cornelius in Luke 10). But these are all highly unique circumstances, and are certainly not of the sort that we normally hear today where God appears in a dream to help make some decision (which house to buy, how many kids to have, or whatever — I don’t see any Biblical reason to believe that God answers these sorts of questions though dreams, but that is a completely separate blog.) In fact, after the appearance of the Holy Spirit at Pentecost (Acts 2), with the exception of Revelation there is not another instance of God appearing in a dream. It appears, Biblically, that once His communication to the prophets and apostles was complete, His appearance in dreams ceased. [Note – if it wasn’t God that appeared to you, beware. If it was Aunt Sally or your grandmother or some dear departed friend, we are dangerously close to the demonic realms here. I cannot find a single example of this in Scripture – every appearance in a dream is God, Jesus, or an angel. Anything else, in my view, is likely demonic and reason to exercise extreme caution.]

Biblically, unless you are a prophet or an apostle, you should not expect God to appear to you in dreams, nor should you seek answers in your dreams. So, what do you do if you think God has appeared to you in a dream? First, test it (1 Thess 5). Is what the dream revealed entirely consistent with Scripture? If so, hold onto it…if not, then reject it. Similarly, if you are following a teacher who claims to be receiving revelations from God through dreams or visions, be extraordinarily careful, as this is rare.  Test every statement in light of Scripture.  Second, share it. Talk to other mature Christians, and have them help you understand it. Finally, obey it. If God truly has given you guidance in a dream, then it becomes an obligatory command upon the believer. You do not have the option to obey or not, such a revelation would carry weight equal to His revelation in Scripture.

So, does God appear to us in dreams today? I think He does, but I think it is highly unusual, largely unnecessary, and often misused. That’s all for now…go back to sleep. 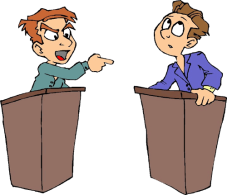 A few weeks ago, I engaged in a lengthy discussion with SM, an atheist, who repeatedly asked this question. He simply wanted to know what my best argument for Christianity was, and he’d be happy to defeat it. Well, I didn’t take the bait – simply because that’s not how the discussion process works, but more importantly because the answer to his question is a bit more complex than he had hoped. In short, there is no single “best argument” for Christianity. Two points and three suggestions for your consideration:

There simply is no single “best argument” for Christianity. This is the art of apologetics – tailoring the argument to match the objection. If someone offers an emotional objection and I launch into an exposition of the Kalam Cosmological Argument, I will likely make little progress. Similarly, if someone has an objection based on evidence or the lack thereof, offering a testimony about how Jesus makes you feel will likely be received as simply your subjective experience, and largely uncompelling.

This same method of tailoring His argument to His audience follows Him wherever he goes. In Matthew 4, while Jesus is in the fishing village of Galilee, He uses fishing analogies – “Come with me, and I will make you fishers of men.” When in the “grainfields” (Matthew 12, probably the agricultural area between Jerusalem and Galilee), He uses agricultural analogies – the mustard seed, sowing and reaping, and others. Had Jesus spoken to the fishermen about the mustard seed or about sowing and reaping, or if He had challenged the shepherds to become fishers of men, His message may have been lost or misunderstood. As Christian ambassadors (2 Corinthians 5:20) and ministers of the gospel, we should do no less. We should follow this Christ-like model – to communicate the message of Jesus, but to do so in a manner sensitive to the audience and tailored to the objections or resistance we are likely to encounter. Never, anywhere in Scripture, do we see Jesus or any of the apostles using a formulaic regimen to share the gospel.

Here is the challenge to clear-thinking Christians: I know of no course where you can learn this. I can’t think of a book that walks you through this process. No, this comes from experience, trial and error, and getting out there and working to share the gospel and overcome objections to it. It is difficult, and there is no “easy out” or panacea that will always work. However, I can offer a few pointers.

The fact is that many within the evangelical community have been misled into a false model of what evangelism looks like. They think what will happen is they’ll meet someone who’s never heard of Jesus, walk them down the Roman roads, pray the sinner’s prayer, add another notch on their belt and move on to the next poor unsaved soul. In reality, especially here in America, you are far more likely to run into someone who has already heard the gospel, and has rejected it for some reason or another. You’ll have to listen, question, understand their objections and reasons for rejection, and be prepared with well-reasoned answers to guide them to the truth. Are you ready?

In the last several weeks, I have been sharply critical of several popular pastors and speakers. I’ll save my concerns about Beth Moore, Perry Noble, Mark Driscoll, and others for another blog – what I want to think clearly about this time is the most common objection I received to this criticism. In short, numerous people admonished me that I shouldn’t be so critical, that I should “just love them,” or that as Christians, we shouldn’t judge other Christians, we are called to simply love them. What this has exposed to me is what I think is a disappointingly unbiblical perspective on Christian love.

The fact is, we are certainly to love each other, but it is not enough to just be loving. I can love my enemy until the cows come home, and he will still spend eternity in Hell if I don’t make the effort to share Jesus Christ with him. News flash to “feel good Christians”: the most loving person you know is still going to Hell if he/she reject the free offer of grace that Jesus provides. You simply cannot love your way into salvation, nor can you love others into salvation, this is nothing more than repackaged works-based salvation. It gets a lot of “likes” as a Facebook status and looks great on Pinterest, but it cannot save. Any of us could quickly flip to 1 Corinthians 13 to find what love is, and any of us could probably quote 1 John 4:8 to show that “God is love.” I don’t dispute this, and I know it’s the greatest commandment (Matthew 22:36 – 40), I get all that…but I want to turn it around a bit and encourage Christians to think for a moment about what love isn’t.

Almost every book of the New Testament stands on these two pillars of belief and behavior. We are to love, that is not in question. But part of loving is disagreement, part of loving is correcting error, and part of loving is rebuking unbiblical behavior and refuting false teachings. Arguably, it is both unbiblical and unloving not to follow these commands. So, if I question the teachings of a popular preacher or teacher, I am not being unloving. Quite the opposite. This applies to me as well – I’ve been teaching for over 20 years, and the most loving things my students could do is challenge me when they think I’m wrong, and hold me accountable to the Biblical standard. I expect nothing less, nor does Jesus Christ, nor should you.

The Clear-Thinking Christian
Blog at WordPress.com.