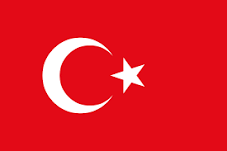 I recently returned from two weeks in Muslim countries in the Middle East, part of my Master’s Degree in National Security Studies, where I’m focusing on the Middle East. I spent about a week in Turkey and a week in Egypt, learning about their culture, religion, economy, politics, and many other aspects of the region. These two weeks — combined with the last eight years of study on Islam — have really opened my eyes to this religion, and I’ve since received many questions about the trip and about Islam. I’ll spend the next several blogs sharing my thoughts and observations about the trip, and answering some of your questions. Is Islam inherently violent?  Are Muslims on a mission to kill all unbelievers?  What is jihad?  Is the Islamic State (IS) acting in accordance with what the Qur’an teaches?  Who decides what “true Islam” is?  This is timely, as I know many are concerned about the recent actions of IS and other militant groups. I’ll do my best to address those concerns, but first a few thoughts on the trip…and maybe a few cool photos as well!  Yep, that’s me…on a camel…at the pyramids… 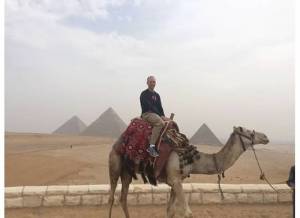 1.  I never felt unsafe. I traveled extensively, both on foot and in vehicles, through Ankara, Istanbul, Luxor, and Cairo, and felt no less safe than I would doing the same thing in San Antonio, Charleston, or Montgomery. We were smart about it — normally traveling in groups, and never alone — and when on official business, we had a private security detail. However, this was largely precautionary, and in retrospect I’m not sure it was even necessary. In Istanbul, a friend and I walked several miles from the Hagia Sophia back to our hotel — through the Grand Bazaar, the Sultan Ahmet spice market, along the Bosporous, into the underground and up the hill, through the pedestrian district and back to the hotel. It was dark, most of the shops were closed, and we never felt threatened. Several other members of our group went for runs along the Nile, and all was well. Years ago I made a poor hotel choice in Shreveport, Louisiana…and two years ago I got lost on the South side of Capitol Hill in DC…and I felt far more threatened in those two days than I ever did in thirteen days in the Middle East. This is not to say that everywhere is safe — I certainly wouldn’t spend a lot of time in the Sinai, or on the Eastern Turkish border with Iran or Syria — but the fact remains that never felt unsafe during my two weeks there. That comes from an American Christian in the military, placing me in three demographic groups that are all relatively unpopular in the region at the moment.
2.   The people are simply beautiful. The country, the city, the people, all of it was beautiful. In the a Grand Bazaar in Istanbul, I met an artist named Nick who creates the most incredible artwork, where his only canvas is a plant leaf. Using a cat hair brush sometime

only a few hairs thick, Nick scribes Muslim, Christian, and Jewish verses surrounded by the most beautiful artwork you can imagine (watch one of the videos at the link — it’s truly breathtaking). After spending more than an hour listening to him passionately describe his art and how he does it, I asked how he learned to do it or where he saw it done. He simply replied “No one taught me.  I know of no one else who does this. My talent is only from God.”  This generated further discussion, where we shared our faith with each other and I learned that he was an Armenian Christian who fled persecution and had been living in Istanbul since 1968. Simply amazing. 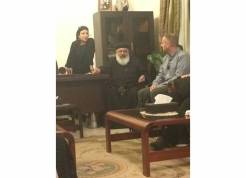 In Cairo, we met with the Coptic Prelate (the bishop over all Coptic Christians in Cairo). This amazing, articulate, intelligent man patiently answered our questions, then tearfully asked for our prayers for the families of the 21 Coptic Christians who had recently been murdered in Egypt. As we left, the Bishop said a blessing over me, gave me a replica of the icon of Mary and Jesus that hangs in his church, and even let me choose a small piece of chocolate from the dish on his desk.  He knew the way to reach my heart, no doubt!
3.  Islam is quite misunderstood in the West.  I’ll address this point in much greater detail in future posts.  I was one who thought, after 8 years of study, that I was developing a respectable understanding of Islam — until I spend two weeks in their cities, their culture, talking with members of their religion, visiting the mosques, and hearing their language.  I have much to learn — we all do.  I spent an afternoon at Topkapi Palace in Istanbul, which was the Sultan’s palace for about 400 years of the Ottoman Empire.  Beyond its undeniable beauty, I saw an order from the Sultan to have the palace walls torn down and rebuilt so that the local Christian church — the Church of St. Irene — would fall under the protection of the Sultan.  I listened to a former Turkish Ambassador to the UN (a Muslim) speak passionately and tearfully about the 21 Christians who were killed in Egypt a few weeks before our trip.  He was followed by a retired Egyptian 2-star General, now running for public office (also a Muslim) who wants to work toward a community where Christians, Muslims, and Jews can all live in harmony.  As I mentioned previously, I’ll delve more deeply into this topic in future posts, but for now it’s important to understand that any impression that all Muslims want to kill all unbelievers, or that Christians can’t go to Muslim countries without getting beheaded, or other crazy ideas — these are all gross misunderstandings.
In all, it was a wonderful and educational trip.  I’ll share more thoughts, and answer your questions on Islam, in the coming weeks.  Stay tuned! 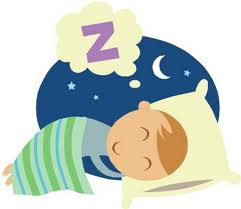 I have a dream…well, I had a dream…but what does it mean? In the past two weeks, I’ve received precisely the same question from two different friends. Both believe that God has appeared to them and spoken to them in a dream, and both wanted to know if it was God or something else or if they were to attribute special significance to the event. Since then, my Facebook wall has exploded with similar questions and a few mildly heated discussions on the topic. As you’ve come to expect, with this topic and all others, here at CTC we will seek to be Biblical first in all things. As my alma mater frequently emblazoned on their entry marquee, “Think Biblically…about everything.” So, what does the Bible say on this topic? And while we’re at it, why do anything halfway? So, I looked up every single instance in the Bible of God appearing to people in dreams, and this is what I found.

Now, there are a few exceptions (Abimelech in Genesis 20, Laban in Genesis 31, Pharaoh in Genesis 40, the Midianite armies in Judges 7, Zecharias in Luke 1, Joseph in Matthew 2, and Cornelius in Luke 10). But these are all highly unique circumstances, and are certainly not of the sort that we normally hear today where God appears in a dream to help make some decision (which house to buy, how many kids to have, or whatever — I don’t see any Biblical reason to believe that God answers these sorts of questions though dreams, but that is a completely separate blog.) In fact, after the appearance of the Holy Spirit at Pentecost (Acts 2), with the exception of Revelation there is not another instance of God appearing in a dream. It appears, Biblically, that once His communication to the prophets and apostles was complete, His appearance in dreams ceased. [Note – if it wasn’t God that appeared to you, beware. If it was Aunt Sally or your grandmother or some dear departed friend, we are dangerously close to the demonic realms here. I cannot find a single example of this in Scripture – every appearance in a dream is God, Jesus, or an angel. Anything else, in my view, is likely demonic and reason to exercise extreme caution.]

Biblically, unless you are a prophet or an apostle, you should not expect God to appear to you in dreams, nor should you seek answers in your dreams. So, what do you do if you think God has appeared to you in a dream? First, test it (1 Thess 5). Is what the dream revealed entirely consistent with Scripture? If so, hold onto it…if not, then reject it. Similarly, if you are following a teacher who claims to be receiving revelations from God through dreams or visions, be extraordinarily careful, as this is rare.  Test every statement in light of Scripture.  Second, share it. Talk to other mature Christians, and have them help you understand it. Finally, obey it. If God truly has given you guidance in a dream, then it becomes an obligatory command upon the believer. You do not have the option to obey or not, such a revelation would carry weight equal to His revelation in Scripture.

So, does God appear to us in dreams today? I think He does, but I think it is highly unusual, largely unnecessary, and often misused. That’s all for now…go back to sleep.

In the last several weeks, I have been sharply critical of several popular pastors and speakers. I’ll save my concerns about Beth Moore, Perry Noble, Mark Driscoll, and others for another blog – what I want to think clearly about this time is the most common objection I received to this criticism. In short, numerous people admonished me that I shouldn’t be so critical, that I should “just love them,” or that as Christians, we shouldn’t judge other Christians, we are called to simply love them. What this has exposed to me is what I think is a disappointingly unbiblical perspective on Christian love.

The fact is, we are certainly to love each other, but it is not enough to just be loving. I can love my enemy until the cows come home, and he will still spend eternity in Hell if I don’t make the effort to share Jesus Christ with him. News flash to “feel good Christians”: the most loving person you know is still going to Hell if he/she reject the free offer of grace that Jesus provides. You simply cannot love your way into salvation, nor can you love others into salvation, this is nothing more than repackaged works-based salvation. It gets a lot of “likes” as a Facebook status and looks great on Pinterest, but it cannot save. Any of us could quickly flip to 1 Corinthians 13 to find what love is, and any of us could probably quote 1 John 4:8 to show that “God is love.” I don’t dispute this, and I know it’s the greatest commandment (Matthew 22:36 – 40), I get all that…but I want to turn it around a bit and encourage Christians to think for a moment about what love isn’t.

Almost every book of the New Testament stands on these two pillars of belief and behavior. We are to love, that is not in question. But part of loving is disagreement, part of loving is correcting error, and part of loving is rebuking unbiblical behavior and refuting false teachings. Arguably, it is both unbiblical and unloving not to follow these commands. So, if I question the teachings of a popular preacher or teacher, I am not being unloving. Quite the opposite. This applies to me as well – I’ve been teaching for over 20 years, and the most loving things my students could do is challenge me when they think I’m wrong, and hold me accountable to the Biblical standard. I expect nothing less, nor does Jesus Christ, nor should you.